A place for webdt owners to converge, discuss and share

Topics on hardware and modifications. Please post your "how to" steps that involve tools here.
Post Reply
2 posts • Page 1 of 1

For those of you who dont know I have removed the 44 pin low-profile header from one of my WebDT 366s and routed an IDE cable outside, which has been dubbed the "Dingleberry Mod". 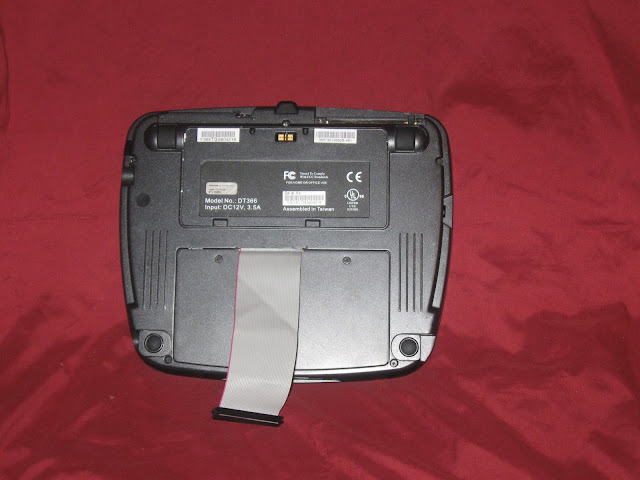 But then I trimmed it down; 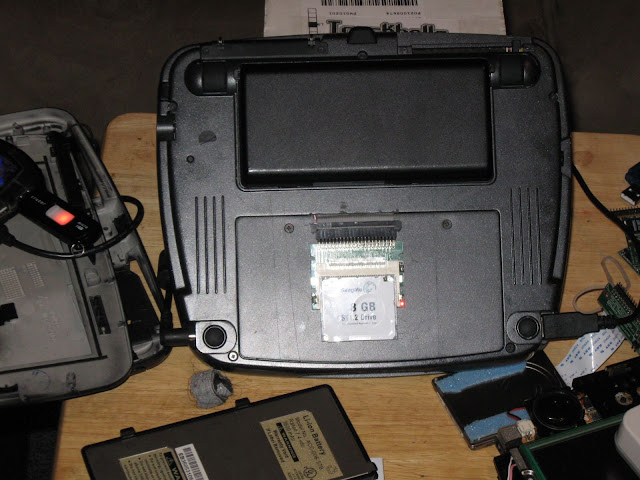 This works ok but you do have to make some sort of alternate back panel to protect the drive, of course. There are also some voltage/amperage limits to what you can and cant use. I have found that pretty much any Compact Flash or Microdrive will work using a proper 44 pin to CF adapter board like you see in my second picture. You are limited to 3.3V drives. I have used 1.8" ZIF drives out of old Ipods/Zunes using a 44 pin to ZIF adapter with success, but you do need to modify the voltage regulator on the adapter board. You must remove it and bypass it, since it takes the 5V VCC line and drops it down to 3.3V which the ZIF drive wants. Removing the regulator and placing a small wire across the pads is somewhat simple so the WebDT directly supplies 3.3V to the drive.

I was passing by a computer store one day, went in, introduced myself, and was being my typical Hypercharasmatic self. I noticed this 1.8"44 pin IDE drive in the display window. I asked the guy how much it cost.... he gave it to me! 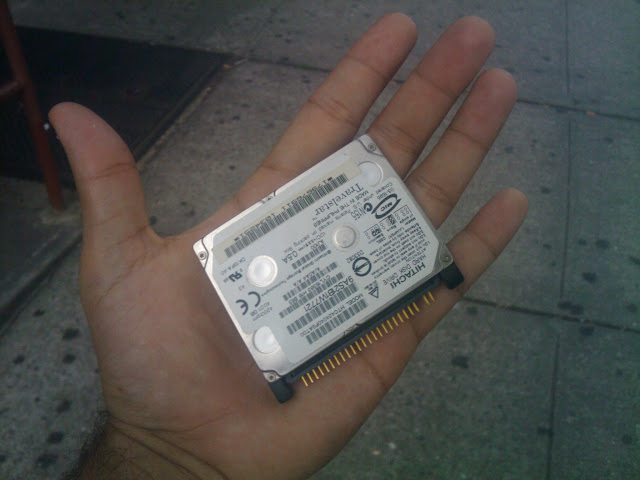 I was originally going to use this for an Embedded Thin Client hack I have been working on, but I figured I would toss it on my WebDT 366 to see if it worked. Looking at the drive I noticed it said it can operate from 3.3V/5V - so I gave it a chance. Don't 'cha know it the damn thing works! I havent installed an OS yet but the BIOS detects it and it only draws 500mA which should be within the WebDT 366 tolerances.

This is a Hitachi HTC424949F9AT0 Drive, under the Travelstar series. 4200RPM 40GB, 1.8". After some research I found out they were commonly used in the Creative Zen series MP3 players, and there are quite a few for sale on eBay. I know many of you want a completely internal solution, and/or Flash based drive, but I am here to explore all possible alternatives. I hate to say that the cost of this drive on ebay (as of this posting) is more money than what I paid for my WebDT. Also the IDE cable mod isnt for the faint of heart for those whom dont know how to handle an iron.

I am going to start a full install of XP Pro Corp on this thing now, which tends to take 6-8 hours over USB 1.1 - Once its done and I have run some tests and benchmarks I will report in on weather or not this is worth the time, effort and price.

As for protecting the drive, a few clever cuts of thick plexiglass with minor venting holes and rubber shock buffers should be just fine, as long as you dont plan on using your WebDT as a frizbee like I tend to do.

The main benefit to this is the increased drive read/write speed. You may not be aware but the original 512MB FlashROM IDE board is in PIO mode at 5MB/s - the WebDT is capable of at least 100MB/s - most of the lack-luster performance from the WebDT is mainly due to bottleneck of the FlashROM IDE board, and lack of Pagefile space. The System Pagefile absolutely DESTROYS NAND Flash chips! Granted no moving parts is a plus, you are taking a severe performance hit as a tradeoff.

More to come in time....
Hacking is not a crime, It's a passion - www.BSoDtv.org
If you need someone to IDE mod your DT366 toss me a PM.
Top

Re: Drives that work using the "Dingleberry" Mod

Well this was working perfectly fine until the HDD Decided to die. Mechanical failure of the drive itself. If you happen to get your hands on one of these drives I wish you the best of luck. You should be able to get the best performance out of your WebDT with it.
Hacking is not a crime, It's a passion - www.BSoDtv.org
If you need someone to IDE mod your DT366 toss me a PM.
Top
Post Reply
2 posts • Page 1 of 1